A few months back, Write Fiction Books decided to put your newfound writing skills to the test in their new flash fiction competition. Entries were limited to less than 300 words and were to be based on the prompt by Queen of creepy, Shirley Jackson:

“Am I walking toward something I should be running away from?”

We were astounded by the quality of submissions! Truly impressive.

Thank you to all those of you that got involved and who entered. We were overwhelmed with the responses, comments and standard of stories.

You have obviously all been very busy putting your new found writing skills into practice; it is fantastic to witness you developing your own unique styles and expanding your individual knowledge and creative writing.

This year’s winners were shortlisted by our team of tutors, writers and editors. It was no easy feat choosing one overall, but eventually, the decision was unanimous…

You won with your story ‘Jonesy’! To read Karen’s winning tale please scroll down:

My foot caught the rollered base of a trolley table that had been abandoned in the hallway. It clattered loudly in the darkness.

‘Shhh, you idiot!’ Jonesy hissed from behind me, and I felt a stinging slap across the back of my head.

‘Shut up! Millar might be thick but he ain’t deaf you know! We got ten minutes before he gets back so move yer arse!’

We were heading to the locked cell at the far end of the wing. Only ‘special cases’ get locked up.

Lately that was Midge – he’d set fire to his bed two days ago, after his Mum’s Christmas visit. They’d dragged him off to the cell kicking and screaming; Jonesy had laughed and laughed.

Now he wanted to go see Midge. ‘Don’t be such a freakin’ pussy Dave,’ he’d said when I vetoed the idea. ‘I just wanna talk to him, that’s all.’

I stood shivering as he pulled back the little trap on the door of the cell. Jonesy and Midge weren’t mates; I knew this couldn’t be good.

There was a grunt and then a face appeared at the other side of the gap.

‘Whatcha doin’?’ Midge croaked like he had a bad cold, or had spent a long time crying.

‘Got somethin’ for ya.’ Jonesy tapped a small object against the open gap.

I gasped when I realised he was offering Midge his cigarette lighter. ‘Jonesy don’t!’

Midge snatched it from him. Immediately, I heard the ‘flick, flick, flick,’ of the lighter as he began thumbing the button.

Jonesy snickered as he slid the trap shut. His teeth gleamed faintly in the darkness as he grinned at me. ‘There’s gonna be fun now, Davey Boy.’ 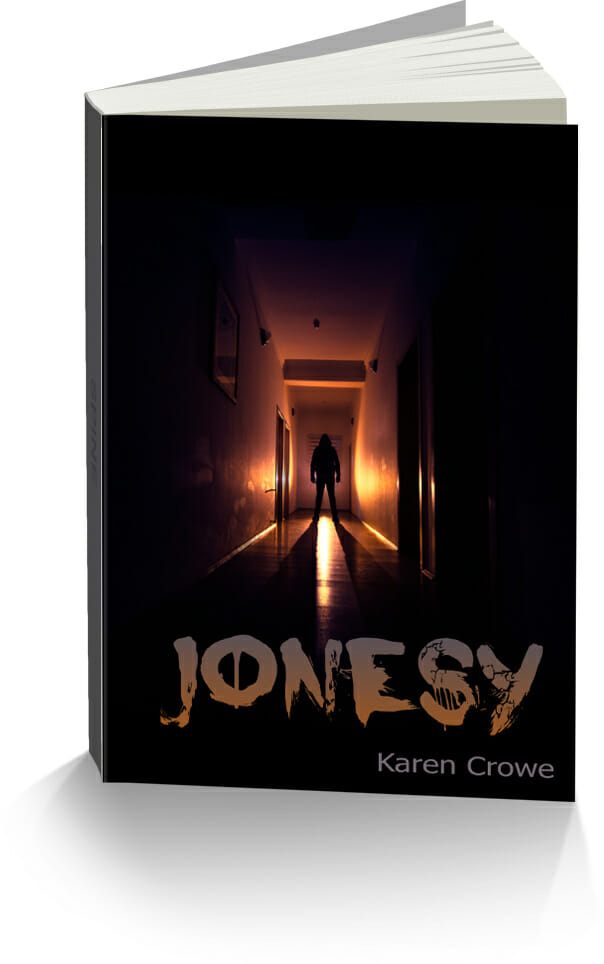 Karen immediately captured our imagination and left our blood cold, with her eerie atmosphere and evocative setting; she built and held the suspense until the very last second.

She artfully built the scene through her descriptive backstory, without causing distraction from the rising tension.

Karen managed to capture three unique voices, contrasting the harrowing cruelty of Jonesy with the damaged Midge, and Davey Boy, a powerless voice of reason. The tone and language used was perfectly fitting for the story.

The second that we finished reading ‘Jonesy’, we were desperate to know what happened next! Horrifically chilling.

Congratulations Karen, we can’t wait to see what 2018 holds for you.

Karen has won herself an Amazon Kindle paperwhite and a copy of Shirley Jackson’s book ‘Dark Tales’. Well done!

Thank you so much – you have absolutely made my day! I loved the challenge of the competition and had hoped that my story might get shortlisted – but I really didn’t think it would win!

I’m honoured to have had my story chosen by the judges; it’s a wonderful incentive to keep writing – and hopefully achieve the dream!

So thank’s again to everyone at WriteFictionBooks; the course has greatly improved my writing skills and had a major influence on the story I submitted. I’m looking forward to finding out what the WriteRomance course has to offer!

We also wanted to say congratulations to our runners up; it was a close call!

'Below the Floorboards' by Sara Newnes

I don’t know how long I’ve been lying here. As I regain consciousness, I can feel the icy air around me and the smell of damp wood is just millimetres from my nostrils. With my ear pressed against rotting wood the unnerving silence is only faintly disturbed by a sound coming from below me. Beneath the floorboards. It’s so dark I can’t tell if I have opened my eyes yet. My limbs have become numb and I can almost hear my bones creak as I begin to drag myself to my feet.

As I make it upright, a door swings open and the moonlight illuminates the room enough to show me where I have been laying. The stories about what lives beneath the floorboards of this abandoned house flood into my mind and I almost lose my balance. The scarce light makes a path for me to follow, taking me through the front door and into the safety of the night. I start to stumble forwards but the noise coming from below stops me dead.

I am deafened by my internal screams; urging me to walk through the door. But I can’t move forward. My body starts to turn, my eyes narrow to focus my vision on finding the door that leads downstairs. As I find it, the front door crashes closed; sealing my fate and extinguishing the light.

My trembling hand reaches to find the door and all sounds become drowned out by the thudding of my heartbeat. I pull softly and the door swings open. The light from below is bright enough for me to realise I am retracing someone else’s footsteps. Footsteps made in blood. As my feet reach the bottom step my heart freezes as I see the truth of what really lives beneath the floorboards.

I must regretfully decline your offer of employment. After an extended period of leisure, I had high hopes for the position. Completing the application moments before the deadline, I sprinted to the post office to mail it. Returning to my apartment, I found the door padlocked (with my wallet, keys, and phone inside) and a notice of eviction for non-payment of rent.

Luckily, I had forgotten to lock my car, so I bedded down for the night. I did pretty well with alternate-side of the street parking by hot-wiring the car nightly and moving to legal spaces. I maintained a balanced diet by foraging behind my favorite eatery, Al’s Produce and Pizza, and washed daily in the town’s fountains.

I faithfully checked my lobby mailbox (the latch had broken long ago) every night for your response. I was elated to find your offer yesterday! I celebrated behind Pat’s Bar and Grill, perhaps unwisely imbibing too much, a half-inch at a time, from a variety of fine craft beers. I returned to my mobile living quarters dreaming of employment, running water and plates and cutlery.

I awakened in the impound lot. Do you know that the alarms activate whether the gate opens in or out? Sirens wailed and lights blazed. Thinking I could easily explain my plight, I headed to the closest police vehicle. I couldn’t help wondering, “Am I walking toward something I should be running away from?”

Too late. Cuffs encircled my wrists and I got an unexpected police escort. My scruffy appearance and pajamas did not endear me to the judge. The guard is kindly typing this letter for me. I hope to be able to accept your offer in three to five months, with good behavior. 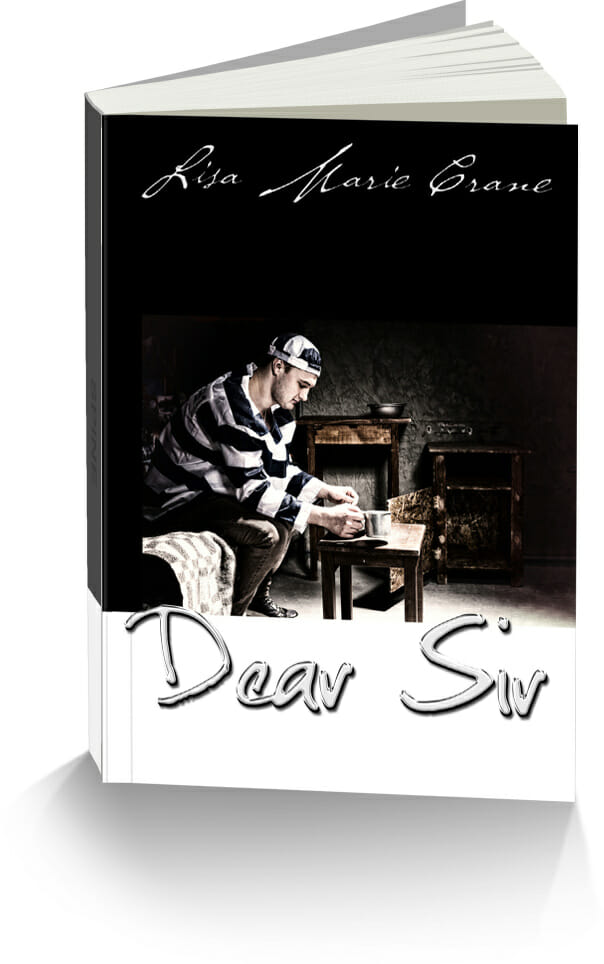 'A Mother's Fears' by Valerie Holland

Every follicle on my body vibrated with so much intensity it was painful. I couldn’t open my eyes. They were heavy and hard. But I could hear high-pitched wails, shouting, whispers and crying around me. I was confused. I didn’t know where I was or why I was in pain. “Estimated time of death is 4:52P.M.”

What was that? I heard an echoed whisper of a man’s voice clearer than the others. “Had I fallen asleep on another movie? Am I dreaming?” I wondered.

Concentration was all I had. I tried focusing my thoughts not on the pain, but on his voice. “Please, say something else,” I pleaded. I needed to orient myself.

“Victim is a White female, approximately 5 feet 7 inches, one hundred forty pounds,” the voice said succinctly. It was working. The voice was becoming clearer. The context of the words didn’t matter, I was happy to have some control. I tried moving my lips, but they were sealed as well. Panic set in. “Lisa, Jaylen!” I thought. “Where are my children?”

I needed to wake up. My children needed me. Whatever dream I was having could wait. Being a mother was priority. I sent more commands to my body but still, nothing moved.

“Autopsy began at 6:34 PM, December 24.” The voice spoke again. “Oh, no.” I thought. “Am I walking towards something I should be running away from?”

An excruciating pain interrupted my thoughts. It ripped through my chest, beginning from my collar down to my abdomen. This gave the painful tingling I felt earlier a new classification: right underneath tickling. It was nothing compared to this current feeling. And worst yet, I still couldn’t move – just be. Suddenly, a gush of blood exploded in my throat. I wasn’t dreaming at all. 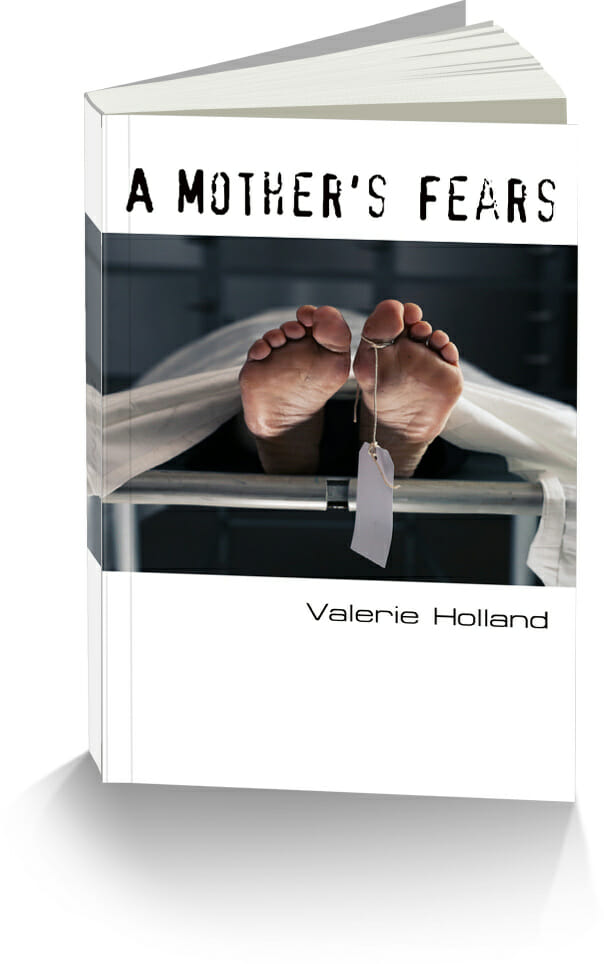 The blood crept across the fresh, white snow and encircled my black, leather boots instantly. A shiver of dread crept up my spine as I watch Thomas thrust the knife deeper into the chest of his latest victim. I held back tears of disbelief. A breathe escaped my frozen lips as they parted. “Tom,” I said as he began to carve the body like a Christmas ham. The loud grunting from his movements muffled my call. Louder and with a little more determination, “Tom, baby, what are you doing?”

The quiet came quickly as he swiftly turned to face me. His chest rising and falling like he just ran a marathon. He let the knife drop to his side with drops of bright red blood falling in the snow. Not moving, he stared intently at me. As our eyes connected, a small grin spread across his face. His breathing began to slow as the branches on nearby trees began to crack from the weight of winter surrounding them. “I love you,” he muttered softly and turned back to the corpse.

Instinct told me to turn and run back to the cabin behind me and call the police. But those words floating from his mouth warmed my body like a wood fire. I began to step forward slowly remembering our first date, our first kiss. Extending my hand, I gripped the hilt of the knife. Thomas released the handle to me with hesitation. Exhilaration ran through my fingers as I finished his work. I could feel Thomas’ eyes watching me as he stepped to the side and let me continue to dismember the body. As I hacked away, I felt a bond grow between us. The future seemed opened to so many possibilities. 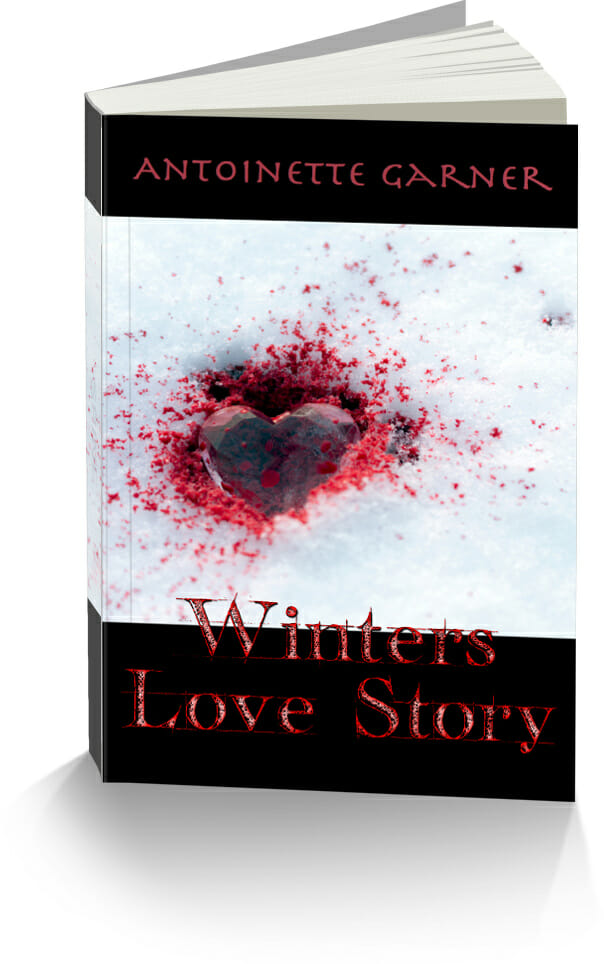 Each of you will receive a copy of Shirley Jacksons ‘Dark Tales’ featuring a collection of her finest, darkest short stories – we hope this will give you an extra burst of mesmerising inspiration to assist you on the journey ahead.

We can’t wait to see how you all develop throughout 2018!